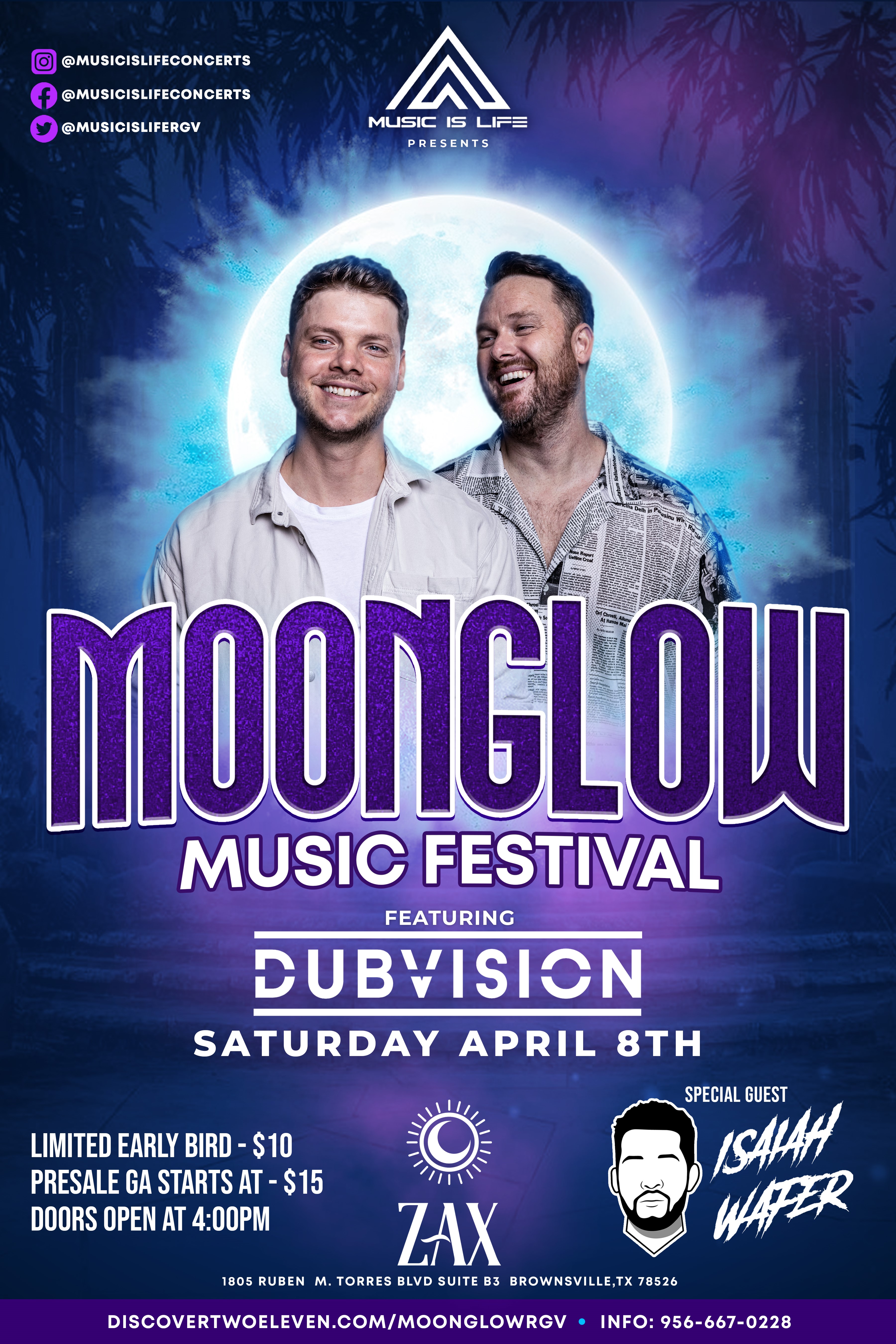 MOONGLOW MUSIC FESTIVAL – An EXCLUSIVE dance music event in a courtyard patio under the sun, moon and stars featuring international headliner DUBVISION (Netherlands), and special guest ISAIAH WAFER (TX) and some of the hottest local talent all coming together to bring you a very INTIMATE and magical dance party experience.

ABOUT DUBVISION: Brothers Victor and Stephan Leicher, better known as DubVision have released on Revealed Recordings, Spinnin’ Records, Musical Freedom Records, Tomorrowland Music, STMPD RCRDS, Wall Recordings, and more. They are known to have collaborated with world known DJ’s such as Hardwell, David Guetta, Tiësto, Martin Garrix, Afrojack, Nicky Romero.
With SEVENTEEN Beatport Overall Chart Top 10’s, FIVE Beatport Progressive House Chart #1’s and a Beatport Electro Chart #1 to their name. They have over 50 MILLION YouTube, SoundCloud and Spotify plays and have marked themselves out as a serious force in EDM. With more than 200,000 daily plays and over 3.5 MILLION monthly listeners all over the world on Spotify, you can easily state that their music is high tier, and is loved worldwide. And with their strong social media game they have gained fans all over the world.

Login to bookmark this Event

discovertwoeleven.com is a participant in the Amazon Services LLC Associates Program, an affiliate advertising program designed to provide a means for sites to earn advertising fees by advertising and linking to amazon.com.